Yes, the time had arrived to go on vacation!!! We felt like it was long overdue, and we just needed to get away. We had booked this trip to Maui a couple months ago with hopes everything with this cancer crap would just stay put!!! As in hibernate and simply chill the heck out so we could enjoy ourselves. The most recent scans showed stability which was lovely, peachy, and fantastic news to start our vacation!!!

Our flight left in the morning so we had to be up early, as in 4:30am. Now since my recurrence I have not been a wake-up-early-before-the-crack-of-dawn type of gal. Ok, I don't recall the last sunrise I've seen and that's perfectly ok with me. I value my sleep. A LOT. For myself, this determines how I'll feel the rest of the day. When I woke up I didn't feel quite "right." As in I was so nauseated. I am not typically one of those people who gets nauseated. I told myself it's nothing, and to just get on with tying up the loose ends of packing. This did not go as planned!!! I sat on my bathroom floor crouched over my suitcase, with what felt like an impossible task. I shoved a couple essentials into my suitcase, and then Chris came in as he was being productive packing and looked at me on the floor. I told him I didn't know if I could physically muster up the energy to get to the airport. Plus, the thought of sitting on a plane for seven plus hours; ugh!! When I got up I looked green and sure enough I started vomiting. This was not a shining moment nor the way I planned to start my vacation!!! Out of every single day to feel dizzy and vomit it just had to happen today, seriously??!!! After I spent a while hunched over the toilet it was time to leave. I could barely get to the car. My mom dropped us off at the airport, and I realized I didn't even brush my hair!!! Yes, I was a hot, disastrous mess. All I could think was please let this process of check-in, security, and all this airport stuff go by fast before I either pass out or vomit all over the TSA staff!! It's safe to say I made it on the plane, and realized they didn't have the barf bags that they always used to have on these flights. Wonderful:). The one time I felt there was a possibility of requiring these brown bags, there was none. I tried to just take some deep breaths, and told myself it's only seven hours. Ha, that's a long ass time to be contained in this closed off tube, no-way-out-thing, we refer to as an airplane!!!!

This flight was the hardest trip I've ever taken. I wanted to be knocked out, and awakened on arrival!! Of course, I also had a CRAZY lady next to me. She was rude with the flight attendants and treated them as if they were there to serve her, and only her. My patience was wearing thin with her obnoxious antics. From kicking the chair in front of her because the seat reclined, to then telling the child behind her to not touch her chair. Ok lady, this is not your private jet and people are NOT on board to cater to your needs!!! As I started to feel relaxed, and thought I may actually fall asleep, what did Ms. Cray cray next to me decide to do?? Well, she pulled out a stack of cards and started playing some game of cards. With herself. Whilst mustering random words under her breath!!!!!!! Lady, don't you worry you will win because you're playing with yourself!!! All I could hear was this annoying clicking sound from her "dealing the cards." Chris could hear this through his headphones and I think he knew I was on the verge of snapping. My patience had worn thin and I was feeling like a royal bag of shit!!!!!! She even pulled out tarot cards. Oh my gosh, I felt like asking her what her psychic cards said?? Did it predict that I was on the verge of vomiting on her, and felt that the emergency exit should be allowed to be utilized for other purposes, and the term "emergency" should be based on the discretion of the passengers??!! She also had to get up numerous times and would huff and puff at the length of the flight. I was ready to tell her that we weren't in a damn time machine! You very well knew the length of the flight when you booked it and yet you seem surprised???!!! Long story short, near the end of the flight I finally fell asleep. Chris later told me that while I was sleeping she looked over at Chris and said, "could you wake her up because I need to get up." Chris, being the smart man he is, looked at her and said, "no chance in hell." She apparently looked puzzled, but Chris didn't budge and thank goodness he didn't because I needed those 45 minutes to sleep. When I woke up the plane was getting ready to land and I was relieved. I made it!!! Ms. Cray cray had garbage piled up under the seat in front of her. Firstly, I can not stand when people act as though others should serve them, and treat others disrespectfully by being rude and leaving filth around them. We are not better then those around us. You don't know anyone's "story" or personal life so treat everyone around you with RESPECT!!!!!!!!!!

The first part of our trip started in Honolulu. Getting off the plane was the biggest relief. I think simply making it there was what excited me the most. No emergency landings required because of me, no puking on any passengers, and I actually managed to not speak my mind to Ms. Cray cray next to me!! I was proud of myself, and I actually felt a bit better. Sometimes all you need is a little sunshine to brighten up your day:). I had planned to write about my whole trip in this blog post, but obviously I got carried away reminiscing about my flight, so I'll just have to leave that for my next post. For anyone whose planning a future trip I learnt a fun little tidbit from a fellow passenger. If there's two of you flying instead of booking two seats next to each other (when there's three seats on each side), book one aisle and one window because there's a greater chance of having nobody sit next to you because nobody wants the middle seat!! Fun fact, and I will definitely try this out the next time I fly;). 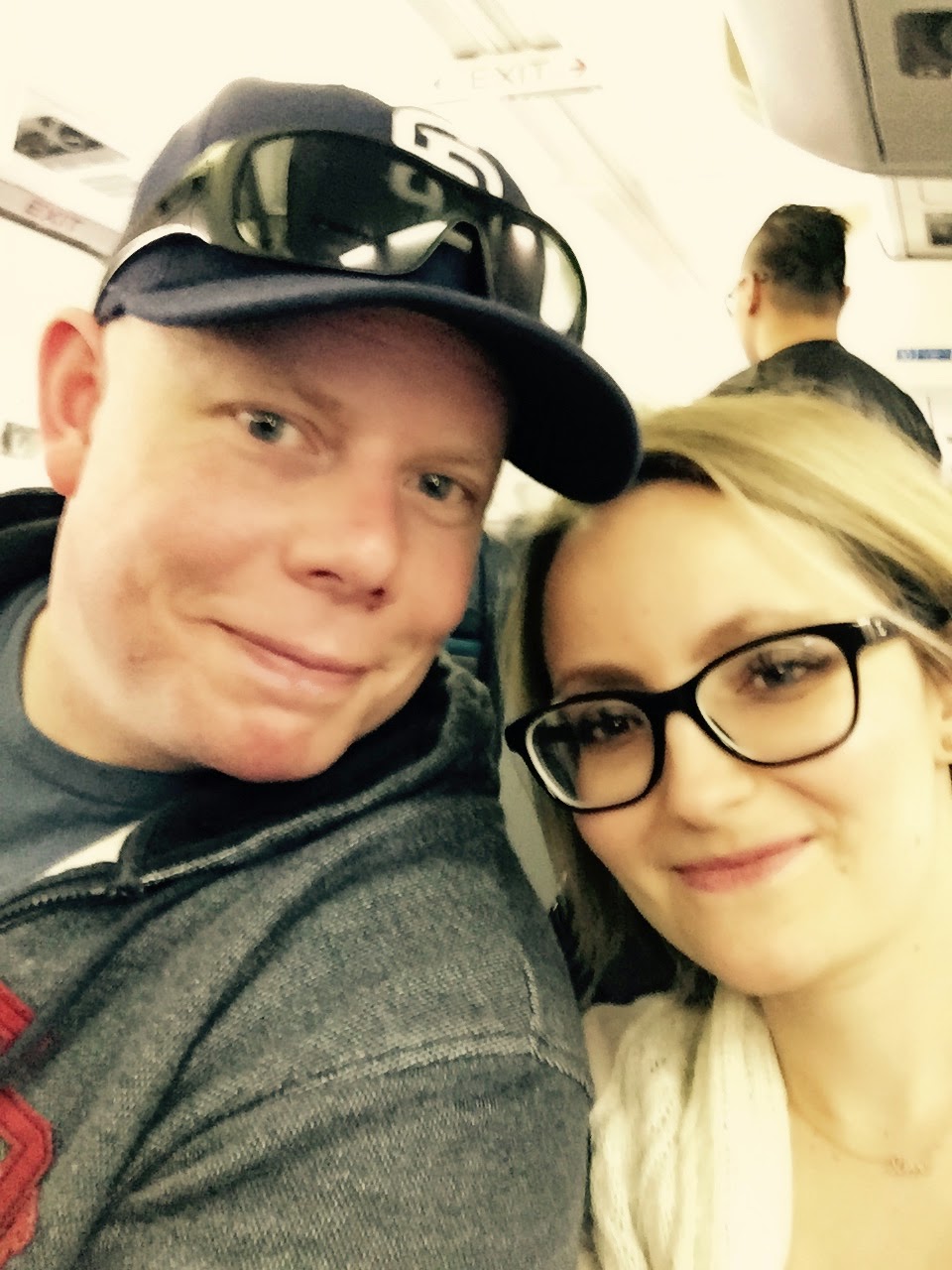 This was when we boarded our plane. Slightly pale and feeling like this was the worst decision I've made in a very, very, very long time!
Posted by The Life I Didn't Expect at 17:12