This post is long overdue, and I realized I should probably give a little update. I notice when it has been too long as I start getting random messages from people, essentially the inquiries when you write a blog about living with MBC have to do with; are you still alive?? Ok, people aren't quite that blunt but I do get more messages just about "checking in" and "haven't heard from you in a while," lol.  I appreciate all the love I have received through the years from friends near and far and even complete strangers, and for that I feel immensely thankful. I'm hoping that after this post I can get back into regularly blogging because quite honestly I have missed it! With that said, here is an update.

The last little while has been oddly busy. I have had two PET scans and two brain MRIs since my last blog post, and have continued to watch so many, TOO many, beautiful people pass from this awful, nightmare of a disease. Survivors guilt is real people!! My scans are good and I'll go into slightly more detail below, but at times repeatedly posting "I'm stable" and doing well in the midst of watching so many friends suffer in ways that many couldn't even fathom, makes me wish I could simply spread my stable results on to those desperately trying to grasp onto any lifeline. The MBC community continues to grow sadly, and with that comes more and more losses. That's why Rethink Breast Cancer's new initiative excites me and many others living with MBC. Rethink is looking for individuals with MBC, advocates, caregivers, and health allies to join an MBC advisory board. If you want to join this committee please fill out this application by December 22nd: https://goo.gl/forms/JtAOkjcl38N5MF5w2. The one disclaimer is you must be a Canadian resident. If this is something you are interested in here is a little background behind the vision of what this MBC advisory roll would entail from Rethink Breast Cancer's FB page:

"Vision: Rethink Breast Cancer’s MBC Advisory Board will help empower Canadians living with MBC through providing education, advocacy and support that addresses their unique needs. Comprised of MBC patients, caregivers, health allies and advocates, our MBC board will represent all people nationally who are concerned and affected by MBC.
Objective: Help Rethink Breast Cancer to Educate, Advocate, Support and Empower those concerned and affected by MBC
Role: • Advise Rethink Breast Cancer as it expands and enhances its activities to assist people living with metastatic breast cancer and their caregivers. • Help inform Rethink’s annual priorities for MBC initiatives. • Give some transparency and accessibility to the development of MBC government policy by ensuring the voices and values of patients are heard. • Work on specific MBC projects as assigned • Share Rethink’s/advisory board’s MBC priorities and campaigns with networks • 2 year term"

Now in regards to treatments, these meds that I have been on for TWO years this past July are still working!!! Essentially, the targeted med I have been receiving (Tykerb also known as Lapatanib) along with my chemo (Xeloda also known as Capecitabine) became no longer tolerable. Now I have tried EVERYTHING to manage the GI side effects, but honestly they just seemed to have gotten worse and worse. I would wake up at night with severe abdominal pain. I mean to the point that I would be sweating in pain. At first it would occur only a couple days a week to then happening more often then not. I kept telling myself that the med is working so just “tough it out,” but truthfully I reached the point where I was taking this med less often then I was actually taking it due to the side effects. This medication targets the fact that I am HER-2 positive. HER-2 is a protein, that when amplified, essentially promotes cancer growth. Therefore, you MUST target this with targeted therapy because chemo alone will not stop the cancer and when not targeting HER-2...well...it's aggressive and will lock down new real estate in my body in a jiffy. And...well...I really like being alive so this where I reached a crossroads.
I do feel like I tried everything humanly possible to tolerate Tykerb longer, but after 2 years of feeling like I had food poisoning most nights I had reached my breaking point. As well, although my scans were stable, my sternum was noted as being active again based on my PET report at the end of July. I think this was likely due to my wishy washy compliance of taking Tykerb as I had to take frequent breaks or risk getting dehydrated and sicker due to the side effects. There was no win win situation, therefore we decided to part ways with Tykerb and go back on Herceptin infusions every 4weeks. I received Herceptin the first time I was diagnosed with cancer for a year and then I was on it for 16 months after my metastatic recurrence and truthfully I have always found this med very tolerable and relatively easy, so it was kind of nice knowing that I could sleep through the night without worrying about waking up in the wee hours in pain. As well, since I didn't technically "fail" Tykerb this hellish, pain promoting, GI destroying crap of a med it means it is still something I can resort back to in the future:). I'm oddly happy that this option is still there, but even more happy that it is not something I need to take right now and hopefully not for a long time.
The only reason I tolerated Tykerb for so long was because the one benefit of Tykerb over Herceptin is the fact that it is a small molecule that is known to cross the BBB. There are very few drugs unfortunately that can cross over and this has always been one of those sites that continue to scare me. My brain is pretty darn important, but I wanted to do everything humanly possible to prevent more mets from popping up in my brain, and I think that was a huge part as to why I didn't want to switch earlier. With all that said, I am hoping Herceptin, which is a larger molecule and in the past was thought to not be able to cross over the BBB, will still be able to cross. Now the reason it may still have effectiveness on my brain is because I have already had 3 established brain mets in the past, along with targeted radiation on my brain, all of which would have already disrupted my BBB allowing larger molecules to get through. Once your BBB is disrupted it never really “heals” to its pre-cancer invasion status. Therefore, I am really hoping Herceptin gets through and keeps my brain uneventful and free of any foreign little invaders... As of my last scans in November I am very happy to report that this combo of Herceptin and Xeloda are continuing to work, and work well! My brain has remained clear and my bones stable, including my sternum which no longer shows any metabolic activity as per these last scans in November, and the last sets of scans for 2017!!

These couple random pics I post are a reflection of how my brain seems to work nowadays...scattered, forgetful, & consistently random;) 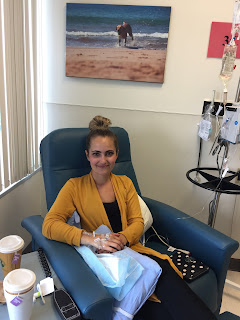 Throwback to the summer and back to Herceptin. Honestly, I was just so bloody happy to part ways with Tykerb!! Yaay to anything but Tykerb!! 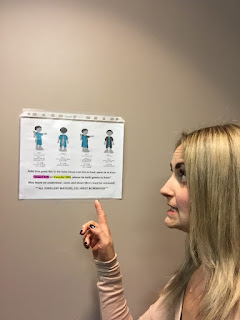 I simply love the visual step-by-step as to how to put on a hospital gown with photos. Maybe the gowns suck?? 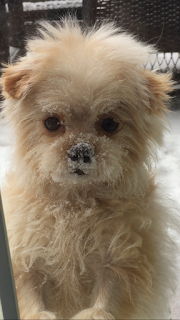 I couldn't resist not posting this pic of Lola. Everyone remember the puppy we bought that I was losing my sanity with early on?? Sanity restored and I ADORE this sassy fluff ball!!! 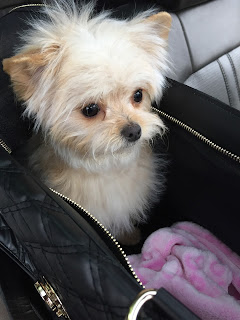