As of late, I feel as though life has been busy, as in I have no clue what day of the week it is anymore. I can typically gauge if it's a weekend or weekday simply based on the television programming that's on. Weekdays you have the morning & daytime shows (Live with Kelly & Ryan & Ellen) and weekends are all about HGTV, lol. I now feel, in my own head obviously, that I am an interior designer and contractor as I tell my hubby how they should simply take the wall out and expand the kitchen, or add an accent wall in the bedroom. I know...I haven't written a post cause this is a super ridiculous and mundane topic, hence the radio silence (again) but I feel it's important to talk about the days in-between scans, vacations, and all the big, enjoyable, momentus occasions along with the oh-fu*k-what is happening moments...so here we go...

The warmer weather has FINALLY made its appearance in Calgary recently and I truly couldn't be more happy about it. I was starting to wonder if the ski season would roll on into our summer because at one point it did seem as though the snow was a nasty April fool's joke. But nope, thank god, and I finally managed to plant my veggies and flowers. For anyone who knows me, they'll tell you I LOVE gardening. I get inappropriately excited by watching my garden grow. However, the one issue with gardening after having been on chemo for the past, almost 3yrs straight, along with having had brain radiation, is when you go to buy flowers you quickly forget how many pots you have at home, along with just how many flowers you bought from the garden centre you just visited the day before. I literally went home and thought holy shit I have a problem!!! I had trays of flowers and then realized I now didn't have enough pots. Plus my hubby's spot in the garage was overtaken by flowers. He parked on the driveway that night. Well ok...so off I went the next day to purchase FOUR more pots. Don't get me wrong, they were good purchases but that's not the point... After I bought the pots I then realized with the size of a couple of them, I now didn't have enough flowers. Wonderful. So I went and bought more flowers....aaand you guessed it....I now once again had too many flowers. I was going to go back and buy more pots, but at that point I had reached even my threshold. You see, it became a vicious cycle!! My hubby now just looks at me and says, "Ok...how many did you buy?" He's aware of my problem. I then remind him about what he feels is worse; is it better to have a flower/gardening addiction or an addiction to heroin or cocaine?? Obviously, my gardening addiction always wins and I justify my purchases:).

The last few months I also got back into skiing which I hadn't done in probably a decade. I initially stopped after I did my final practicum in nursing in pediatric emergency. I loved everything about it, but after seeing numerous ski related traumas that I couldn't even quite fathom occurring pre-emergency focus, I officially became an adult. As in I became scared as shit of breaking something or puncturing something or just about anything you could imagine happening, so I simply stopped. I put my skis and all the equipment in the basement and thought if I want to play it safe, build a bloody snowman. Or stay inside and have a cup of tea. The latter seems to be a more popular choice the older and older I get. I swear, we all become adults when we can realize an injury that can occur to us that may break multiple bones or be deemed "dangerous" and that's it we are peace ✌️ outing, and then we fearmonger by telling our friends who still ski all the ways they could die doing it!! I do much prefer the oblivion of being a child.

Anyhoo, back to actually actively skiing... I had heard it was similar to getting back on a bike, except it's obviously freezing out and you're barreling down a snow-covered-with-ice-patches mountain. I mean really just like getting on a bike! Ok, that's dramatic as it really did come back to me except I felt slightly old-ish as I definitely felt it in a few bones, but honestly I loved it and when I thought back to when I was diagnosed with mets I was proud of even trying again, especially with bone mets. Obviously, if I had bones that were on the verge of breaking I would have rethought this decision, but my scans have been stable and it was one more part of my life I just wasn't going to allow cancer to erode. It was nice to be able to head up to the mountains a few times this past season with some good friends and great company.

After I got back from Toronto at the end of April, I appeared to have caught some respiratory infection that lasted waaaaaaaay longer then I had anticipated or hoped for it to last. With that, maybe from coughing so much, I ended up getting pretty bad sternal pain that would wrap around my upper back. I don't want to say I was incapacitated by it (that's dramatic), but I will say it was bloody painful to the point that just slightly touching certain parts of my sternum would make me want to wince in pain. Plus, the location where I live just isn't conducive to sticking to ONE season, but rather we have huge fluxes up and down with the temperature, causing pressure changes which, without a doubt, cause bone pain. The pressure changes also fuck with my head. Not the cancer bit, although I do get headaches on and off but not enough to warrant calling my onc in a panic but I think just the common folk headaches. With all that said, and despite the very real logic behind it, the first thing I think of is: Is the cancer progressing? That's the one thing once you get cancer that is a component that nobody understands, unless you're also living it or have had cancer. Cancer, just as the rogue cells hide undetected in our bodies, it also hides in the back of our minds slowly eroding our sanity, whilst those around us have absolutely no idea just how much it impacts our every day, and every moment of our lives. It truly is the biggest as*hole invader in ones life.

Soooo, if you're still reading at this point, you're essentially pretty much caught up with much of my life! I wish I could say I'm travelling constantly or sitting on a beach or on a patio in some tropical or desert climate, but that's not how life works. I'm actually busy watering the nine hundred and eighty two plants I bought, lol. Just kidding:) BUT I am leaving on vacation this upcoming week and I am planning on zoning out, and enjoying every single second of warmth, sunshine, my hubby, a pool, and just being alive in the moment...in a state with legal cannabis:). BRING IT ON I CAN'T WAIT ANY LONGER!!!!!!! 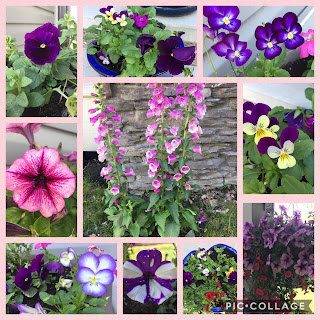 Ok, does anybody else just smile when they see bright and beautiful flowers too?? From the smell to their individual uniqueness...they make me happy:) 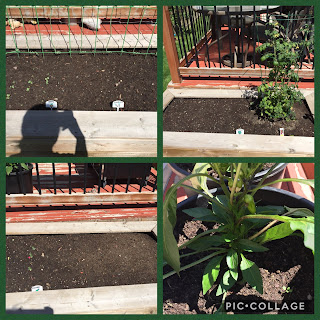 The start of my veggie garden. Right now it looks a lot like planters full of dirt but we got an AMAZING yield last year, so here's hoping it continues this year (I'll post more pics near the end of the season to show my yield...stay tuned...I know SUPER exciting, haha). Decided to do lettuce, tomatoes, radishes, beets, carrots, zucchini's, peas, potatoes, and Hungarian peppers. Now to watch them grow!!! 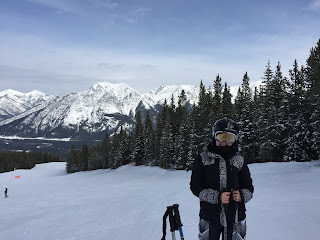 It was SO nice to get back into skiing!! 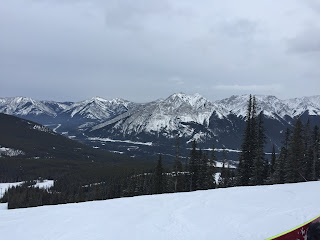 It really is seriously beautiful in the mountains and you might as well embrace where you live, right? However, I am quite content, ready, and over seeing anymore snow for quite some time.....soooooo bring on the sunshine:) 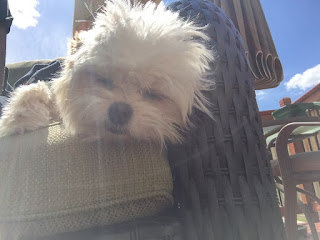 I can't round off a post without a Lola pic. Seriously love this little dog & all the added craziness she brings into my life;)