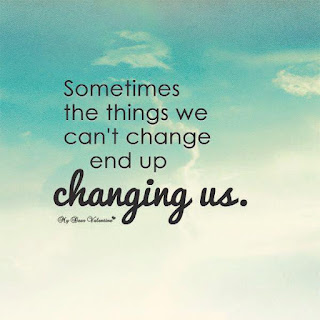 I always notice this when flying...the sheer vastness of the world we live in. Of the complexities and intricacies of our lives, and our very existence. I don't know why, but it's always when I'm up in the sky when I realize just how such a tiny part of the universe I really am. How each of us seemingly makes up a 'blip' of the world we live in, yet that 'blip,' that seemingly tiny component, has connections with others that are so deeply rooted and intertwined that when just one of us perishes it causes a ripple effect of sadness and trauma to all the relationships we garner.

When you're flying above the clouds you wonder (at least I do)...what's going on below you, whose having quite possibly the best day of their lives and who is quite possibly having the worst. We know so little about others...their struggles, their joys, fears, and triumphs. The key to each of our "blips" is to make the time here on Earth count, and I mean really count. Imagine if every single individual in this world realized the frantic urgency of life, as those of us with a terminal illness do? We would all be walking around happy, knowingly doing exactly what we were put on this Earth to do. You see, the thing with urgency and feverishly living out the life you truly want is that you end up living the life you were meant to live...the life that leads to HAPPINESS. My definition of success no longer involves anything monetary...it strictly comes down to pure happiness. For people with children, strive for them to achieve joy, fulfilment, and happiness. If they have all three, then count your blessings that your child is a success. (I'm certain I've said this before but my memory is that of a piece of bread...non-existent).

I always wondered why after accomplishing everything I ever set out to do (go to university and get my nursing degree, work in the area I always dreamed, get married, build a house, travel, etc...) why I was still stressed. I was stressed because, although I loved my career, my life revolved around work. I mean I understand we need jobs and careers, but something happened when I was diagnosed with stage IV, and could no longer work. I was forced to reflect on everything. My life came to a screeching halt. There was a big ass barricade in the way and it came in the form of rogue cells going ape shit in my body. Not cool. It took me months to even feel like I was me again...I felt like a hollow shell that would wake up every morning and have the realization that yup I still had cancer. My routine was same old and depressing as fuck...I actually felt like an 80 year old in all aspects...retired, achy, shitty memory, and even shittier vision, but the one distinction that set me apart from my senior citizen counterparts was my inability to wake up early. The struggle is real people!! It was depressing, crappy, and I was lost. I was stripped of my identity and everything that made me who I was. Suddenly, I felt like I WAS cancer. Yup, I felt like a tiny body infiltrated by rogue cells, but the thing that changed as the months went on was I, myself, my life, and identity had gone rogue too. My passions, desires, and all had made a drastic shift, but it was something that had to happen in order to thrive as a metster. I think once I realized that I wasn't going to drop dead at the blink of an eye after my diagnosis, only then was I able to realize that I could still be a productive member of society and had lots to contribute.

People always state things such as, "You're so strong," but what's the other option??!! I could roll over and die, but that's most certainly not the way I roll. The strength that has surprised me isn't so much the physical tenacity needed to go round after round of chemo, but how I have become less fearful of things that, in the past, would have made me embarrassed, quiet, and submissive. Now, I feel like an amplified vocal machine and have no problem stating MY opinion, even if it differs from others. What's the worst that could happen? Someone disagrees with me?? And my cancer won't explode like an atomic bomb, seeding cancer deposits into every crevice of my body?? Ok then, I will speak my mind because the absolute worst thing that could happen to me is quite simple: others disagree. But, what if there's one other person who states that's exactly how they feel, and you have now validated that it's ok to be, and to feel this way. When you think about it, we live in a fairly unrealistic and fake world. We all do. I mean can you say that the way you act at home is the same as in your workplace? Think about it?? If you said YES, then you're either a Nun or a Priest, or you're riding the denial pony into the sunset. I'm thinking my followers fall more into the latter category, and if not well then welcome my spiritual leaders and forgive me of all my sins. Ok...back on track... I will say we hold back certain thoughts because we aren't sure how others may perceive it...but why? We try so desperately to conform to being someone who we inherently aren't simply to please those around us, but in actuality the most important person any of us should be trying to please is ourselves. Once you please yourself happiness follows. Don't get me wrong, as there is most definitely workplace etiquette...without a doubt! For example, when I worked as a nurse there would be times where patient's families would say, request, and do the most absurd, non common sense things you could ever humanly fathom, and in the process curse me out because I didn't adhere to their dietary requests (aka: the gourmet meals hospitals don't have, but of course this was the nurses fault) or grab them the right movie to watch. Yes, very much non life sustaining requests, all the while I'd have two other patients deteriorating, having gotten nillo breaks to shove any ounce of food in my trap, running from room to room while barely staying afloat, and trying to contain an ever so full bladder. In that moment, I could have cursed the individual making requests and replied with; "You know you have two feet that I'm Pretty sure haven't hit the ground (ambulation is important post-op, and I wasn't trying to be mean...I actually wanted them to live), yet as you snack in bed, refuse to get up to the bathroom despite your full capability to do so, but I have likely taken 20,000 steps, and the majority were into your room for shit that demeans the fact that I even went to University for, but yes you are right as I forgot this hospital is the Ritz-Carlton...ya...nope...nopety nope." You know how much I would have loved to have said that to some patients when I used to work with adults...just not even explain anything and simply say nopety nope at stupid requests with a smile and an elevated, cheery voice! Today I would likely also get a hot flash with it! I want to make it clear these were individuals who abused drugs and would continually get readmitted because they didn't care to change their behaviors. I did my part, but I was saddened when an individual had no self worth...my help was a temporary Band-Aid that would be torn off days after release. However, as much as I would want to release my inner volatile rage I know in that instance it would not be appropriate...like at all. So...not working is probably the best decision I could have made, plus I get to focus all my time and energy into things that are so vitally important to me, my survival, and the survival of all my metastatic friends.

If I were to give any advice, from the perspective of someone who has to feverishly live because I have no other option; find your source of happiness. If there was something you always wanted to do, but "life got in the way," well it's your life, so punt the things that don't contribute to your happiness, and tell it to go get lost because you're a busy bee searching for your "happy." Find your happy and I promise everything else will follow...fall into place, and then, and only then will you see just how astoundingly beautiful this life can be. 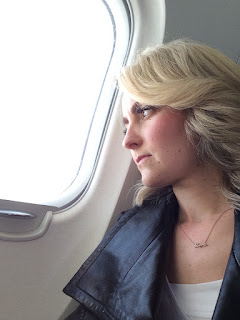