Two years. Two years ago today was the opening ceremonies of the 2014 Winter Olympics. Two years ago today my hubby and I sat in the hospital parking lot and cried...cried because today two years ago I learnt the cancer was never going away. Statistically speaking, depending on the source of your stats, I should be dead, but obviously you're reading this and I am very much ALIVE, and well. Plus, I always hated statistics, so this is very much the reason I like to slap it in the face! Stats schmats (no the latter is not a word, but rather what I'll start calling a 'Judit-ism' AKA a fabricated word that I have no desire of correcting, so just go with it). I mean cancer is still taking up residence in my body, but today marks two years since I heard of my recurrence, or my jump to "advanced stage" breast cancer. On average, two years is a number they like to throw out there and although I am beyond thrilled I'm also oddly scared. I feel as though a sniper is lurking and ready to take me out!!! However, I can't hide from my sniper because it's literally attacking me from the inside. Cancer is like a terrorist in your darn body, hiding amongst thousands of others, and you need to somehow kill the one bad guy, however if you open fire you know that there will be innocent victims. That's cancer...you need chemo to get the cancer terrorist, but in doing so you end up killing the good guy, or cells, that were innocent, essentially ending up with some major collateral damage.  Cancer is such a roller coaster that it becomes impossible to define. I miss my healthy and carefree days. As the years progress it's becoming harder and harder to remember the person I was pre-cancer. I've had to re-prioritize EVERYTHING because everything is different. The career I went to University for is just now simply a piece of paper, and not much more unfortunately. I was just told that my benefits will expire in the summer. Thanks...good thing I'm married or I'd be screwed! I mean we all evolve and grow, but cancer I feel has both sped up my life and halted it, frozen in time. It's an all around odd world to live in.

Don't get me wrong, I am so darn happy to be alive, but then some days I'm just sad over my friends who aren't doing as well. Their cancers are progressing and I'm doing well. It's hard to be happy when I know the problem is just being fixed by compounding bandaids that never really 'fix' the underlying problem, just a temporary Hail Mary of sorts. I wish I could be fixed...to be better....to wake up one day and be told the sniper has been shot, ran over a million times by a semi trailer, then dragged, before being thrown off a cliff into an arctic glacier fed lake, and only then I'd know for CERTAIN it's not coming back. I wish. This life I feel is in a parallel dimension. One foot in deaths door, but one still very much alive. It's messed up and indescribably hard. I mean hard to the point that I don't bother trying to get others to try and understand. People will sympathize for a second and move on with their own lives. I mean this is heavy stuff, but our lives never get the opportunity to get a break. I felt so lucky to meet with a fellow young woman (also in her 30s) right here in the city I live in!! Plus, ironically, we also had the same onc!! It was so refreshing to be able to talk openly with someone else who just "gets it." We both ordered rather large pastries and just picked away at it, lol. It was nice to not be asked or told why aren't you eating more??!! Why don't you eat more?? Well...because I have ZERO appetite, nausea, and if I shove more food in my mouth I will literally vomit. STOP asking me and please worry about your own meal. When I hear this repeatedly, although it's said with love and from a genuine place of caring, it makes me feel like I'm not doing what I should be to stay alive. I'm trying harder than you could ever in a million years understand or even imagine. I've started to resort to drinking Boost as it has gotten so bad as of late:(. I'm 30 and I drink Boost...yes sometimes you're desperate and have no other darn choice but to get your calories through a source that individuals triple your age typically need to use!!

I have so much excitement and hope for the next year. Becoming involved with a few different things that have kept me both busy and have gotten me excited. Goal is to do as much as possible to change the face of this disease. We need more. We demand more. We deserve more. Here's to many, many more years. Cheers!! 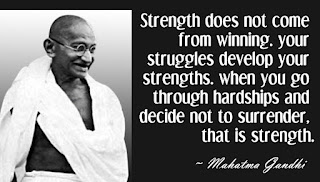