Firstly, we decided to go to Calaway park. My girlies were a little slow getting ready, hence we were late to Calaway park. I think one of them couldn't find their shoes and their hoodie. I mean the shoe bit was essential, and we eventually left once they were found.

Once there, I think we had 5 little girlies with us. The only thing that was difficult was finding rides where everyone agreed to go on and balancing out who sat with which little person. My "princess noodle," who is nine going on forty, started talking about animals when we were in one of the lines. Anyone who knows me knows that for whatever reason I suck at naming animals. Ok, let's clarify, I know the basics. This means dogs, cats, lions, etc... Don't quiz me on moose and caribou and all that crap because they all look the same to me. Yes, you can laugh out loud, animals are my downfall and after 29years I kind of don't care to figure out the difference. As we were standing in the lineup my princess noodle said that dolphins communicate by making whatever noise she made. JOKINGLY, I told her no they don't they actually communicate via whatever stupid noise I made. Well, that did not go over well with my princess noodle. Initially she just got plain out mad at me, then she turned and cried, whilst telling me she didn't want to sit with me on the ride. Oh shit I thought. I swear she's on the verge of becoming a teenager because she may very well be more emotional then me, and I'm in a medically induced menopause!!! This meant I had a few minutes to tell her I know nothing about how dolphins communicate and that I was sorry, and she was right. We had to get on the ride soon and because of all the kids we had with us we were basing each persons size with who could sit with who. Right before we got on, she got over it, thank goodness!! All this, and we had only been there for about 10 minutes!!

After being at Calaway a couple hours we decided to leave and start our lil girls slumber party. As we left, I realized I had nillo clue where I had parked my car. I asked the girlies, and one said row 12 and the other said 13. Well, one row difference is no biggie so we wandered a bit but eventually found it. It was indeed row 12, thank goodness my 5yr old "love bug" remembers more then me!!!

Once we got to Lex' there was one more little girl that showed up, however one more adult came too! It's like an army, once you become too outnumbered you are doomed, so the addition of one more adult was a godsend. Within the first couple hours one of the kids knocked over a large piece of wood in the garage landing on a box of lightbulbs which shattered. Ok, so we rounded them up to go inside as Lex and I tried to clean up. Then, about four pictures somehow fell off the wall with a couple of them breaking. Ok, it was time for dinner at this point. One of the girlies accidentally also dropped all her ice cream on the floor. Now I love children, but it felt like we were in a natural disaster! It's amazing how little people can do sooooo much destruction in such a short amount of time.

The kids got to have their nails painted and their hair done which they loved. By the time it was bedtime I was tired and so looking forward to it. Initially the little girls would all sleep together, and I had my own room to sleep in. In theory, this was going to be lovely. Then my princess noodle told me she wanted to sleep with me. Fine, it's a big bed. Then my love bug woke up and told me she wanted to sleep with me. Fine I thought. However, I had to sleep in the middle. I told her no because I have hot flashes and this involves the covers coming off and on, however she refused and I didn't want to argue. However, she ended up laying her head on my chest and wrapped her arms around me. Now for anyone experiencing hot flashes you'll know that this is not conducive to sleeping! In fact this is a bit of a nightmare scenario as I just wanted to gently push her head off me and switch positions with her because I was boiling. I literally may have been a fire hazard as I felt so overheated!!!

Morning came, and it was time to go home. The girls had a blast and I had my first slumber party, AKA: let's-try-not-to-break-anything, and keep things in order while ensuring everyone's safety, and attempting to maintain my own sanity:)

I'm ecstatic my nieces had a great time, and I got to hang with some of my great friends. However, the next day I did resort to my "leafy, green, medicinal herb" and I had my own slumber party with me, myself, and I!! 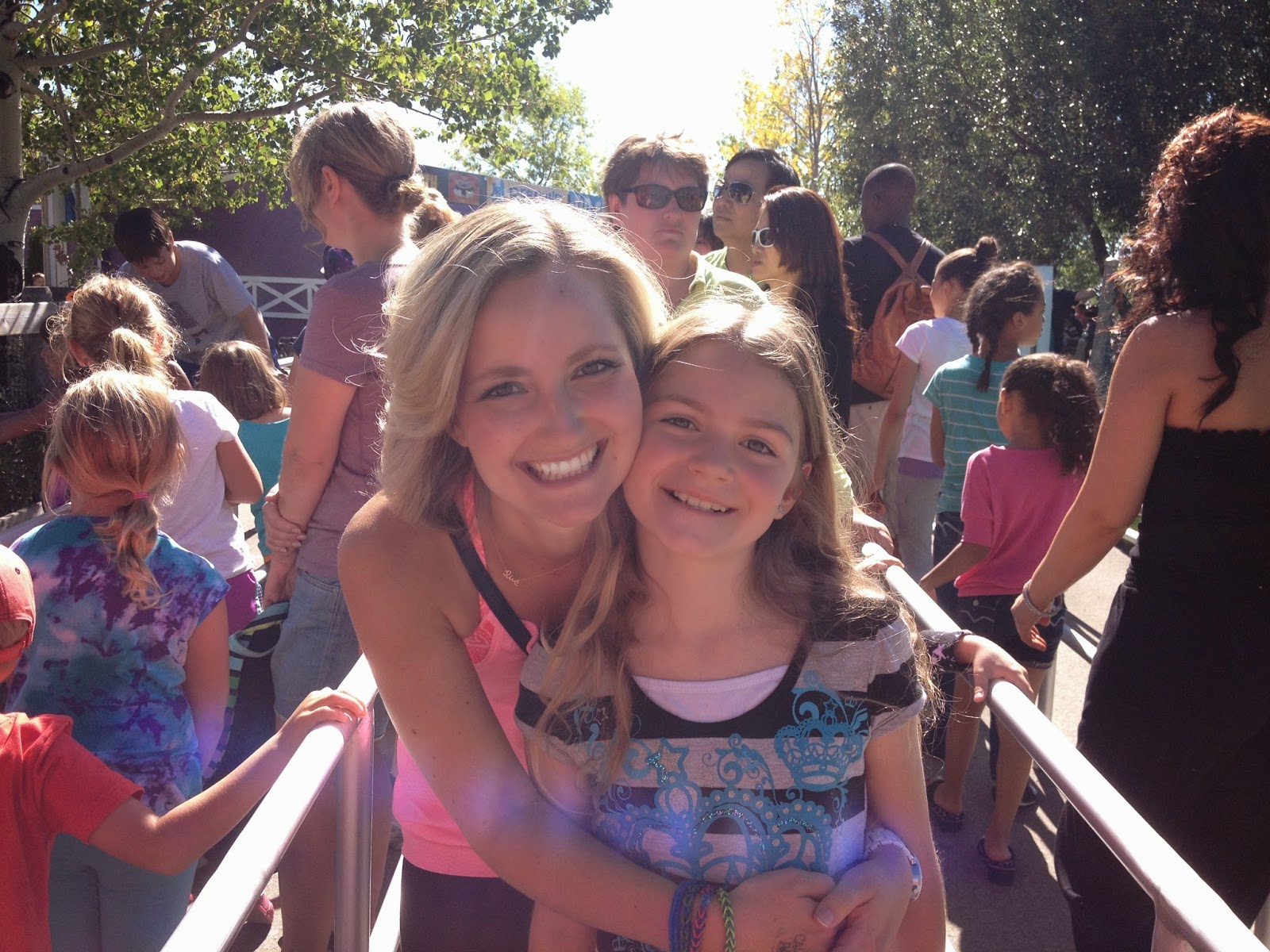 This was after our dolphin discussion:) 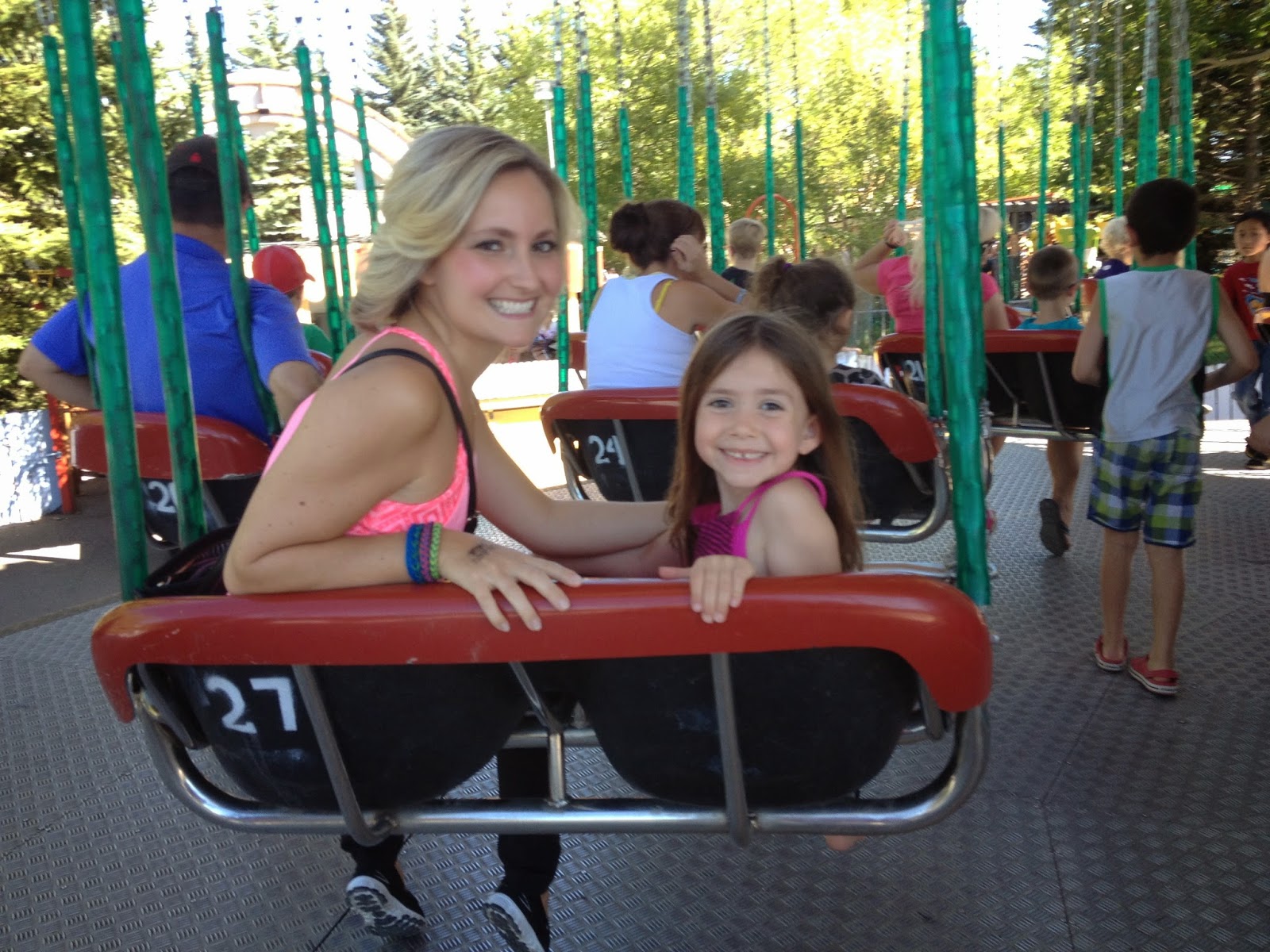 Me and my love bug! 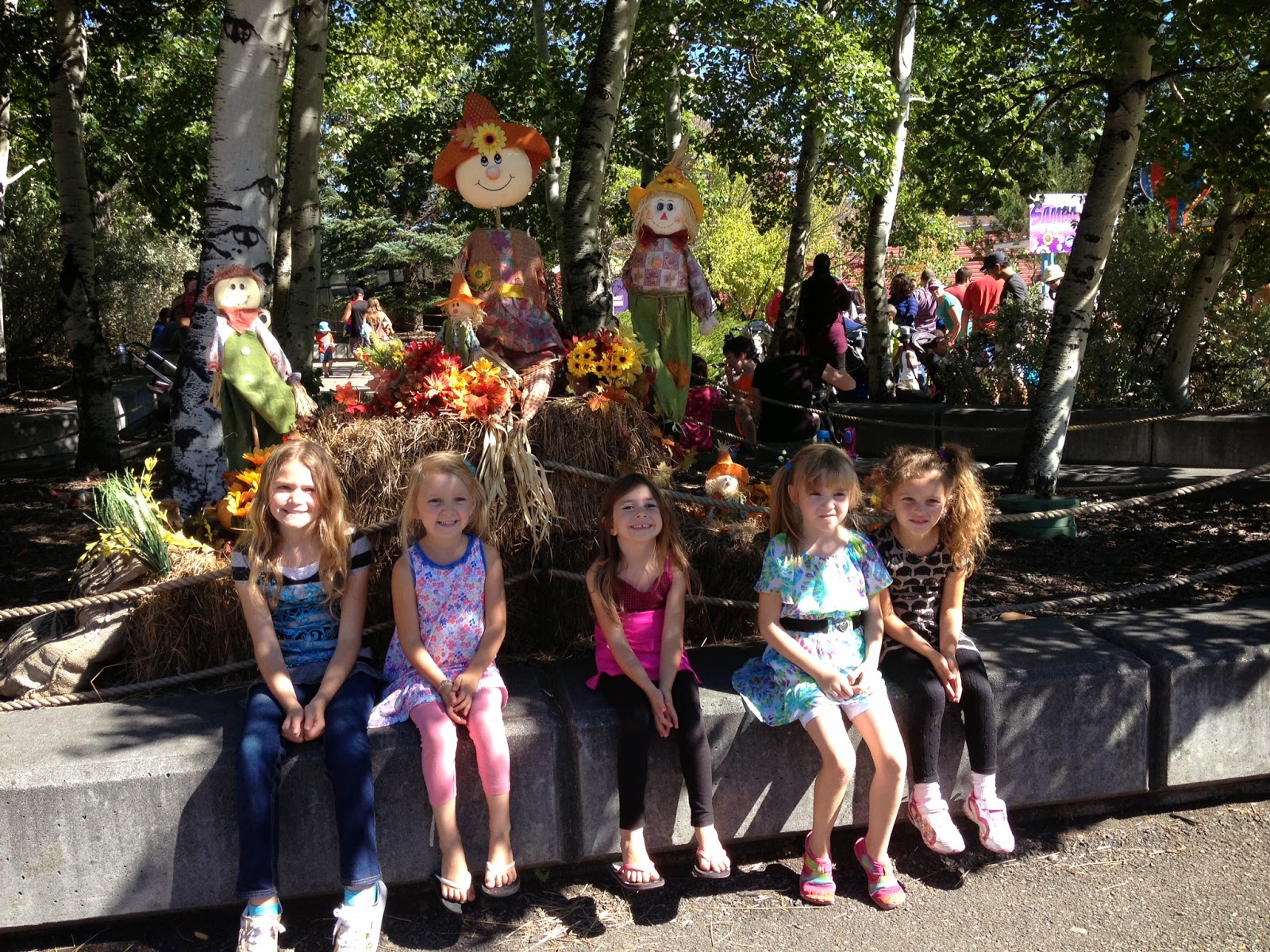 All the little girlies. Cute as can be! 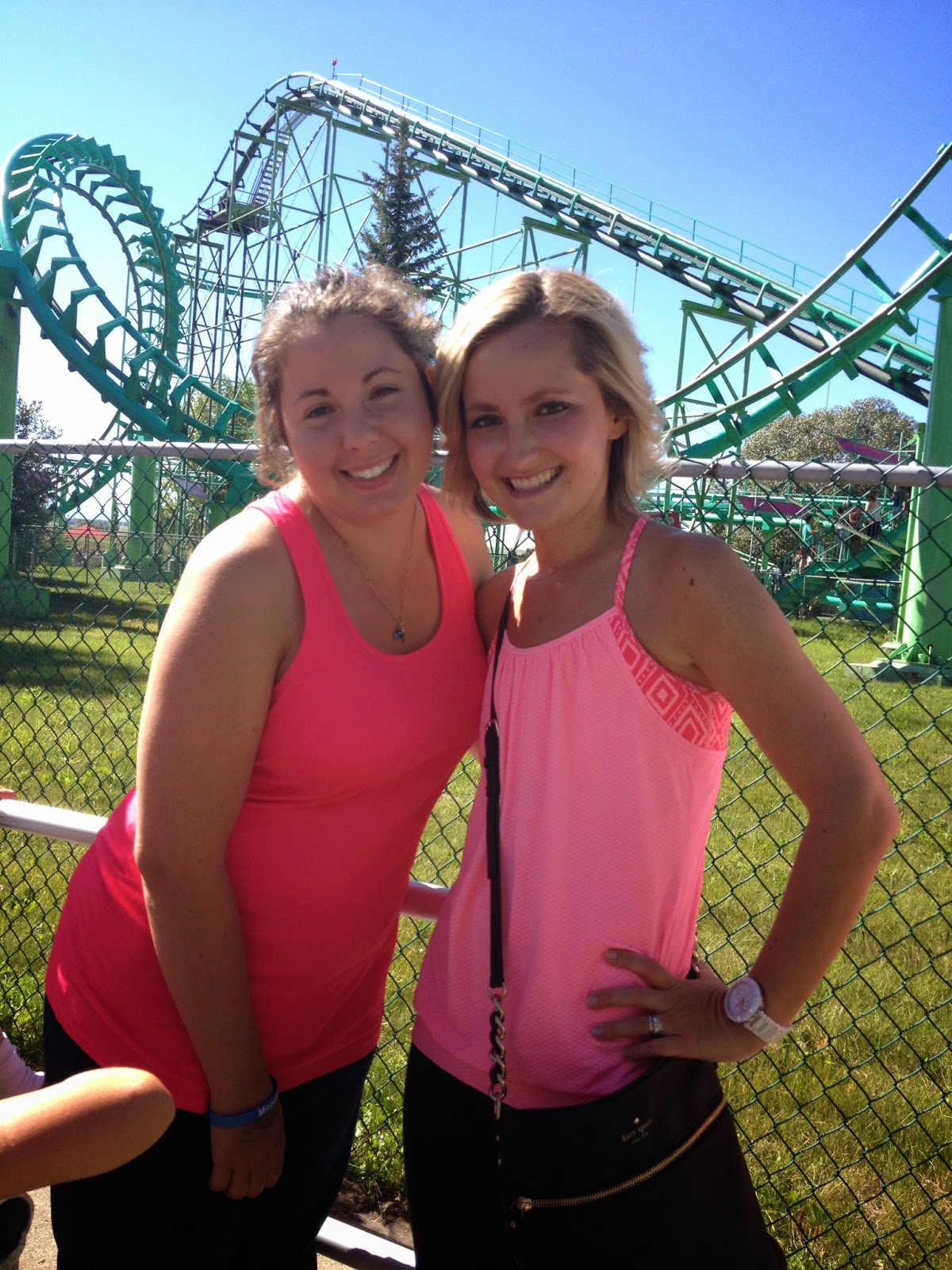 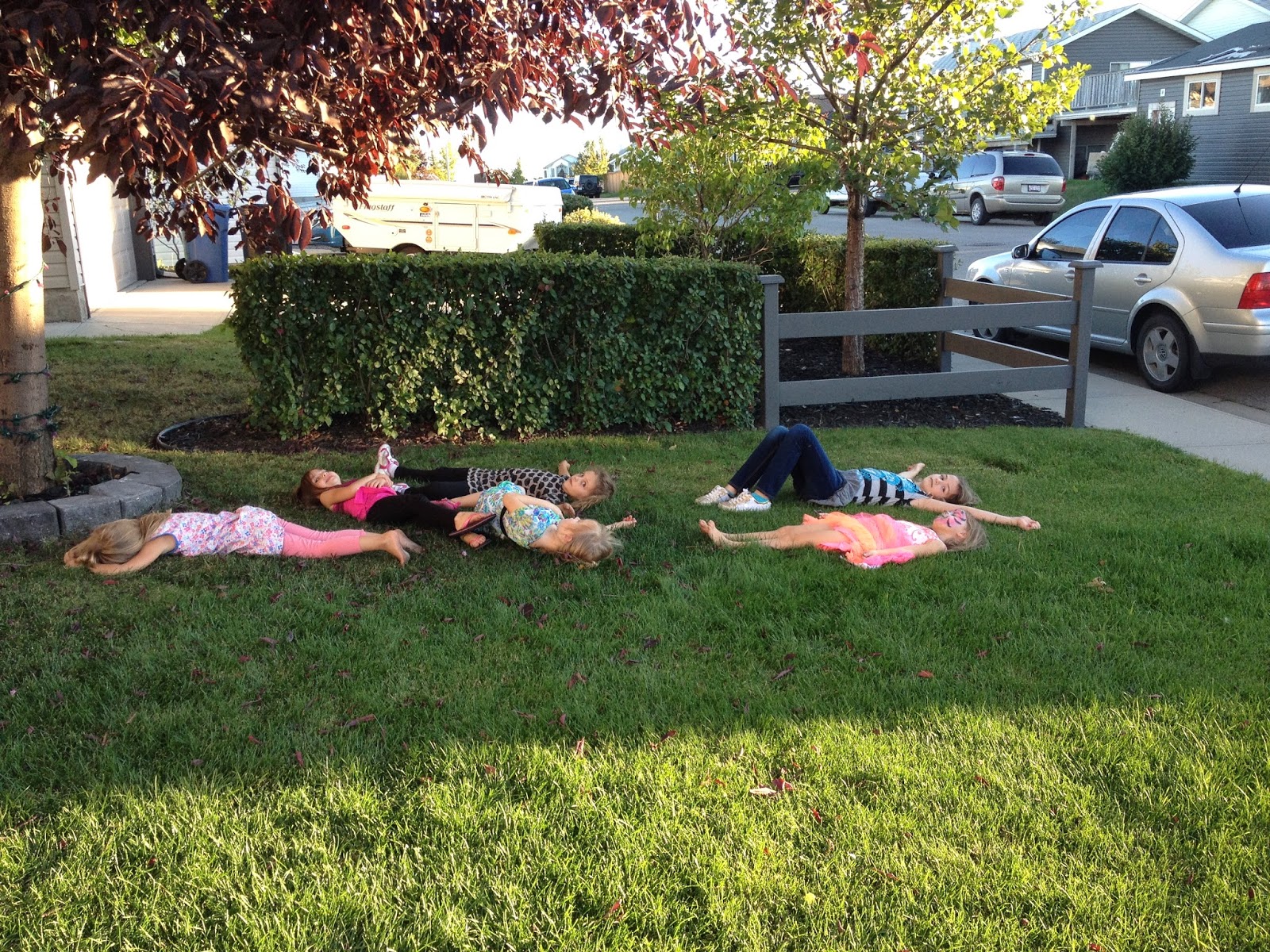 If only they actually would have fallen asleep!!! 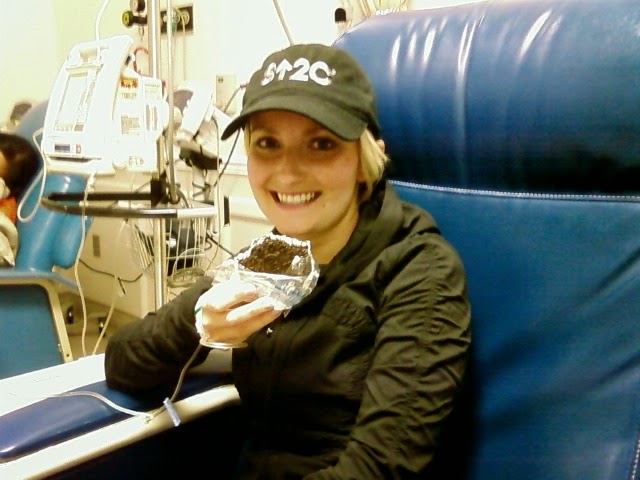 This is off topic, but that's just how my mind works, but thanks again Megs for the oreo ice cream sandwich at my last Zometa infusion:)